From the very first event, it was clear that this school year would include an intense competition in SAC for the house cup.

In my four years in upper school at SIA, this was perhaps the most spirited I have ever seen our students: from painted faces, foam fingers, to a serpentine (?) mascot, everyone wanted to partake in the competition, even if they could not contribute athletically. Despite the events not going quite as planned due to the rainy weather, students still managed to enjoy the relays, penalty kicks, musical chairs competition, and the delightfully punny “Cheese the First” table.

The overall winner of SAC Day was Methfessel House, taking 100 points, with Partington, Merrick, Stettinius, and Willard-Mundorf following in second, third, fourth, and fifth, respectively. As a comeback from a long history of lackluster house spirit, Merrick House was awarded 25 additional points, taking Merrick to third overall. The next event for the year will be the House Decorating Competition in December. As I’m sure Ms. Large would say, this year is going to be a great year for SAC! (Also, go Merrick House!) 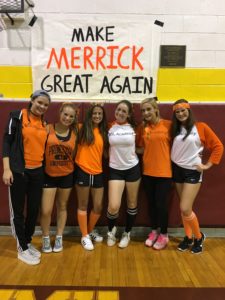